View cart “Acid Coco – Mucho Gusto” has been added to your cart. 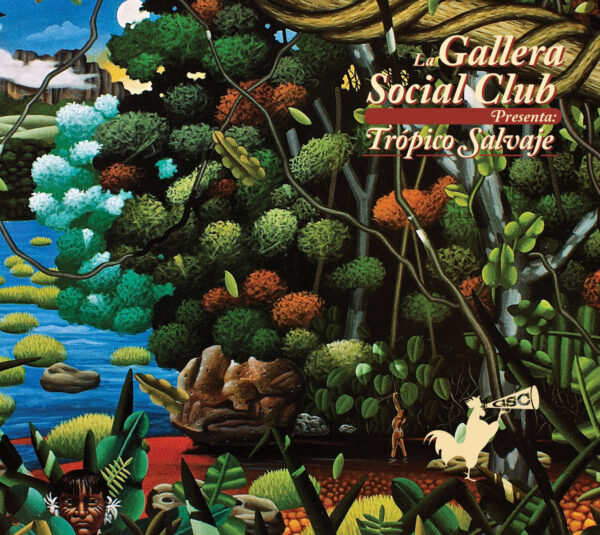 The famous Venezuelan duo La Gallera Social Club signs their return with a new album whose
evocative name is “Trópico Salvaje”,an explosive and cosmic initiatory journey in the districts of
his hometown, Maracaibo. It is in this bubbling Venezuelan oil city, crossroads between the Andes,
the tropical forest and the Caribbean coasts, that the duo draws its influences. From this mixture,
they create their electronic folk: a kaleidoscopic musical fantasy with a contagious groove.

At a time when Venezuela is in the grip of incessant political unrest,La Gallera Social Clubreveals another face of this territory with multiple cultures by making us experience the theater from this end of the world.“Trópico Salvaje” the soundtrack of a journey where the energy of Latin American traditional celebrations as well as secular Amerindian and Afro-Venezuelan traditions are often thrown into a space-time fault. Here, the drums inherited from Africa and the Indian flutes are combine with steel-drums, the cosmic sounds of the 70’s mix with current digital experiments, to bring out Afro-Latin-futuristic and decidedly danceable music. In popular Latin and Caribbean culture,”La Gallera”is the place where cockfighting takes place. “Social Club”in reference to sharing and friendship. The two twin brothers Alexis and Miguel Romero, accompanied at the outset by Carlos Guilleń(now solo under the name of Caribombo), borrowed these references to name their group “La Gallera Social Club.