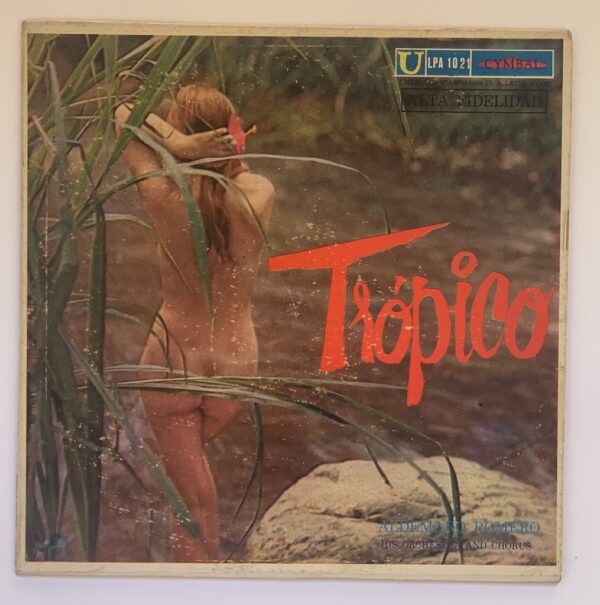 Aldemaro Romero (March 12, 1928 – September 15, 2007) was a Venezuelan pianist, composer, arranger and orchestral conductor. He was born in Valencia, Carabobo State.
Romero was a prolific composer, creating a wide range of music, such as Caribbean, Jazz, Venezuelan waltzes, including works for orchestra, orchestra and soloist, orchestra and choir, chamber music, up to symphonic works of great dimensions. He began his musical studies with his father, Rafael A. Romero. In 1941 moved to Caracas and worked as pianist in nocturnal saloons and dance orchestras. In 1949 toured in Cuba, and then to New York. In 1952 returned to Caracas and established his own dance orchestra. In 1951 signed contract with RCA Victor to record with a full orchestra, what was to be a very successful album in the “Dinner In…” series, featuring popular Latin American music. Under the RCA label he published his LP Dinner in Caracas, with which beat all sales records in South America until then. Afterwards, recorded numerous LP albums in different countries. In America, his ability as arranger/conductor led him to collaborate with popular orchestras and singers, such as Dean Martin, Jerry Lee Lewis, Stan Kenton, Machito and Tito Puente, among others. He also toured extensively, performing in numerous countries: Mexico, Puerto Rico, Colombia, Peru, Brazil, Argentina, Spain, France, Greece, Switzerland, Sweden, Italy, Russia, Egypt and Japan.
Romero was the creator of a new form of Venezuelan music, known as “New Wave” (Onda Nueva), derived from the joropo and influenced by Brazilian Bossa Nova. He also had an important role in the field of learned music. In 1979 founded the Caracas Philharmonic Orchestra, of which he was the first Conductor. He also conducted the London Symphony Orchestra, the English Chamber Orchestra, the Orchestra of the Romanian Radio/TV and the Royal Philharmonic Orchestra. He was the father of Aldemaro Romero, Jr., who is a renowned biologist in the United States and a leader in Cave fish and Marine Mammal research and Ruby Romero de Issaev, producer and marketing director for Arts Ballet Theatre of Florida in Miami. Aldemaro Romero had three granddaughters and one grandson, Patricia Laine Romero, Jessica Romero Mayayo, Andrea Romero Mayayo y Ruben Laine Romero.