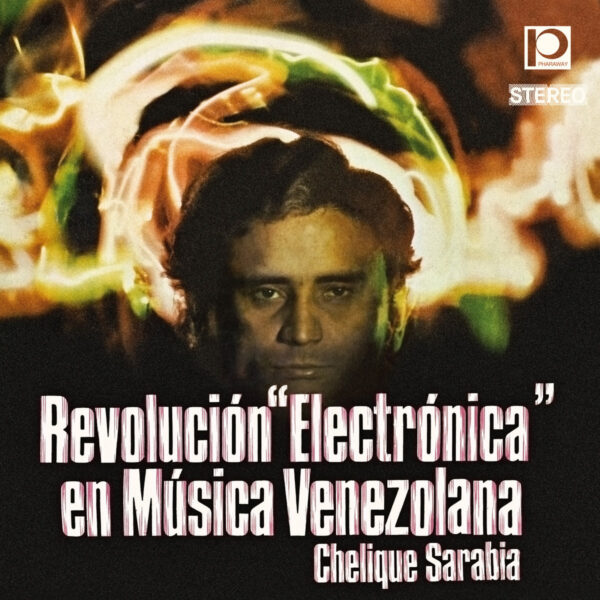 Ultimate space–age exotica trip from Venezuela
In the early 70s, well–known composer and arranger Chelique Sarabia (who penned the famous “Ansiedad” when he was just a kid) decided to register an album of traditional & folkloric songs from Venezuela but giving them a modern touch, using especially developed equipment (M.R.A.A.), based off of the principles of the Moog.

Chelique, helped by a team of gifted musicians, employed traditional instruments like the cuatro and the bandola llanera, filtering them through oscillators, playing with feedback, tape delay, synthesized frequencies, echoing sounds…The result was “Revolución Electrónica en Música Venezolana”, an album with a truly exotic, psychedelic, and ahead of its time sound.

Originally, the album was sponsored by the Shell Company in Venezuela, given away to customers, employees and friends of the company as a Christmas gift in 1973. It was titled “4 Fases del Cuatro – Música Venezolana desarrollada Electrónicamente por Chelique Sarabia” (“4 Phases of Four – Venezuelan Music Electronically Developed by Chelique Sarabia”). Once the exclusivity period with the petrol company was over, Chelique did a commercial release, this time under the name of “Revolución Electrónica en Música Venezolana” (“Electronic Revolution in Venezuelan Music”). Thanks to this, Chelique and his team were considered electronic music pioneers in Latin America.