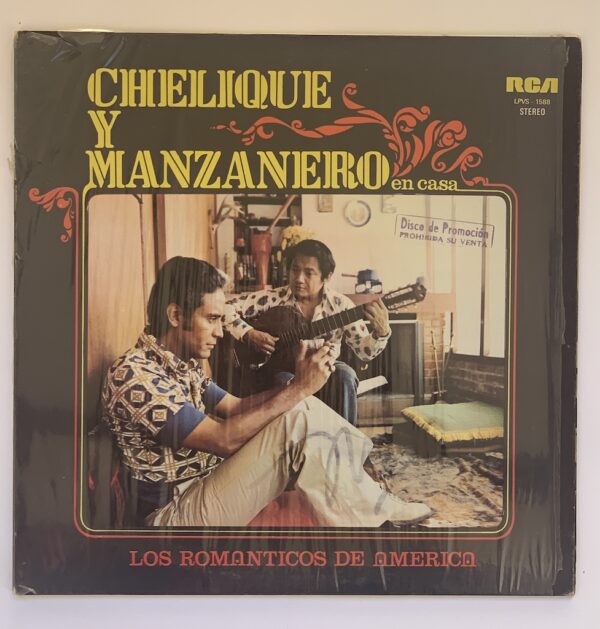 Made in Venezuela
Released  around 1976
Latin, pop.
RCA

Chelique Sarabia has been one of the most successful Venezuelan musicians of the 20th century, he is recognized for being the author of the song Anxiety (1955), with more than 800 versions, in different languages ​​such as English, French, Italian, Portuguese, Arabic, Spanish ; among others. About 2000 songs of his authorship have been counted, of which more than 1600 have been interpreted and he has more than 1000 songs registered in the Society of Authors and Composers of Venezuela (SACVEN). At the beginning of the sixties he became an independent record producer and the television program Club Musical where he discovered artists such as José Luis Rodríguez, the sisters Rosa Virginia and María Teresa Chacín, the pop group Los Impala, Henry Stephen and Cherry Navarro.

In 1971 he recorded an album with limited circulation entitled: «4 Fases del Cuatro. Venezuelan Music developed Electronically by Chelique Sarabia ». In 1973, when the exclusivity of the private contract ended, Chelique commercially released the album under a different title: «Electronic Revolution in Venezuelan Music» which stands out for being one of the first albums of its kind in Venezuela and is considered a pioneer album by electronic music in Latin America.

Two Venezuelan municipal anthems are also due to his inspiration: he is the author by competition of the lyrics of the hymn of the City of Caracas, whose music is the March to Caracas, the work of the Italian-Venezuelan composer and musical educator Tiero Pezzuti and that of the Urbaneja Municipality. from the Anzoátegui State, which has lyrics and music composed by him.