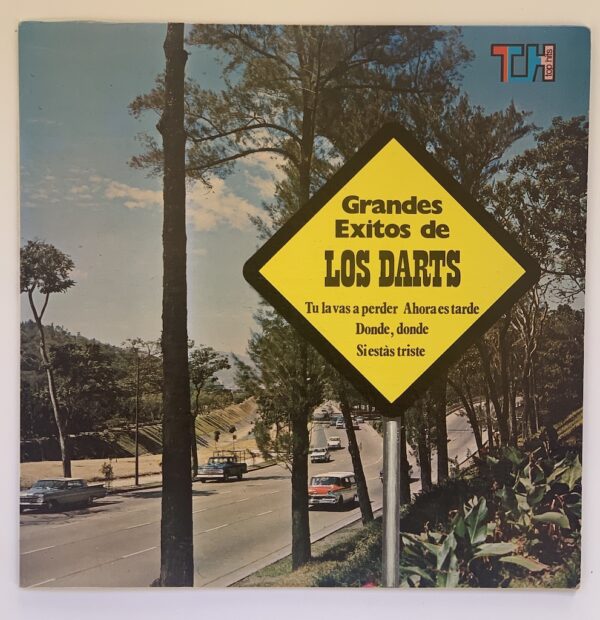 Los Darts was a very popular Venezuelan pop-rock group during the 60s and is considered, together with Los Impala and Los 007, as one of the most important references of the beginnings of rock in Venezuela.Its initial training dates back to 1964. For the next year its members were Carlos Moreán (second guitar, main arranger, backing vocals), Richard Aumaitre (bass, backing vocals), Rafael “Pajarito” Pimentel (drums), Augusto de Lima (guitar leader), Claudio Gámez (keyboards) and Víctor Gámez (lead voice).This line-up would be the one that would define the style and success of the group, with a repertoire based on songs by bands like The Beatles, The Mamas & The Papas and Bobby Goldsboro, apart from some of their own compositions.
Los Darts made their discographic debut with the album Los Darts (1966), obtaining great commercial success with the songs Tu la Vas a Perder, Donde Donde and Por tu Amor.