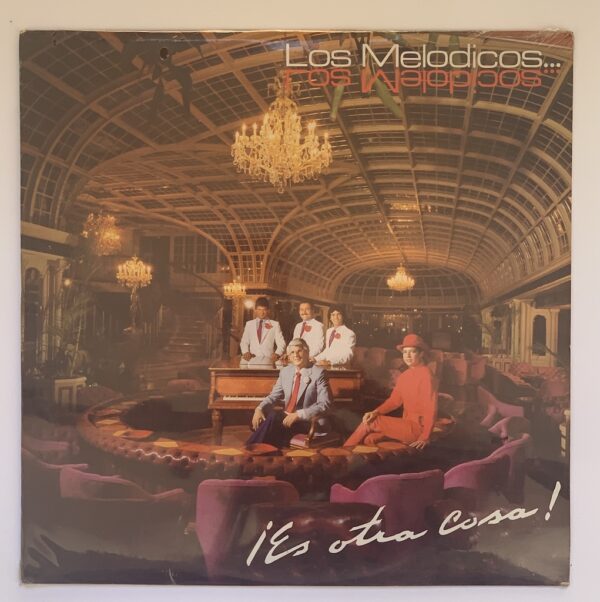 LOS MELÓDICOS were founded by Maestro RENATO CAPRILES, its current Director, on July 15, 1958, so in this year 2008 they celebrate their 50th anniversary of uninterrupted career in Venezuela and abroad, being considered the most successful and largest orchestra musical trajectory in the world of popular dance music. Its slogan is “THE ORCHESTRA THAT IMPOSES THE RHYTHM IN VENEZUELA”, but it is also called abroad THE MOST COMPLETE ORCHESTRA IN LATIN AMERICA, THE ORCHESTRA OF ALL Rhythms, THE GIANT ORCHESTRA OF AMERICA, among others.
THE MELODICS are made up of: 4 SAXES, 3 TROMBONES, 3 TRUMPETS, 5 OF RHYTHM (piano, bass, drums and minor percussion) 4 SINGERS (always with a female figure) and their Director, a total of 20 artists on stage. LOS MELÓDICOS from Venezuela, is the only Latin orchestra that has the most extensive repertoire of all musical trends and styles. Its variety is such that in any set or show, we can hear numbers in Spanish, English, French, Italian, in addition to any of the fashionable rhythms, be they tropical, Anglo-Saxon, classic or modern in all their variations. LOS MELÓDICOS, in addition to its impeccable performance by each of its members live, constitutes a true “show” causing the public to stop on the track and form a huge crescent in front of it, while interacting throughout the show.
LOS MELÓDICOS have just released their 100th record production, not counting compilations or reissues of all their hits, a figure not reached by any other dance orchestra in America.