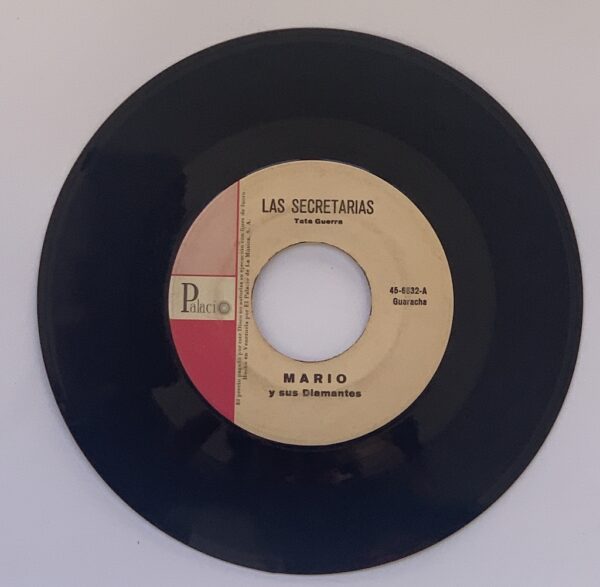 Mario Carniello arrived in Venezuela in 1954. His knowledge of music at that time was limited to some rudiments of music theory acquired in his country. Once in Venezuela, he received accordion classes and mastered the marimba and other similar instruments. But his real interest was focused on the organ, an instrument he used to play after religious services in a Catholic temple in Maracaibo.1 Around 1957, he organized an unnamed ambient music ensemble in which he played the accordion, but was determined to learn. dance genres.2 Thanks to his percussionist and later vocalist, Joe Urdaneta, he once began to include porros and cumbias with success. During a performance in the city of La Guaira, a rain ruined the musician’s accordion which made him depressed and although the musicians suggested buying another instrument, he did not accept and returned to Maracaibo, which was the city where he lived. For the year 1960 he acquired a Hammond organ with a keyboard and organized a new group, this time without a singer and called it Mario and his Diamonds.

In 1961, the group was awarded the Mara de Oro award. Thanks to the indirect support of Jean Pierre Fawan, Enrique Faillace and José Salazar Meneses, senior executives of Conahotu (National Council of Hotels and Tourism), Carniello was supported to be presented in all its hotels in Venezuela. In one of those hotels, called Cumanagoto, the Venezuelan musician and composer Hugo Blanco and his colleague, Luis Arismendi heard him for the first time and urged him to go to Caracas to audition with Miguel Ángel Piña, executive of the record company Palacio de la Music, as a result of which he obtained his record contract.1 Thus, he enters a recording studio with his group and records along with 11 other songs, his composition entitled “El Cable” which were part of his first LP entitled “Fabulous” with which Carniello achieved high sales records in Venezuela. The aforementioned theme became one of the most listened to dance pieces in the whole country and thanks to the agreements that Palacio de la Música had at that time with record companies from Colombia, Panama, Curaçao, Mexico, Peru and Chile, it begins to open happened in these countries. With the passage of time, his ensemble was expanded to include trumpets until it became a dance orchestra, of an instrumental type.