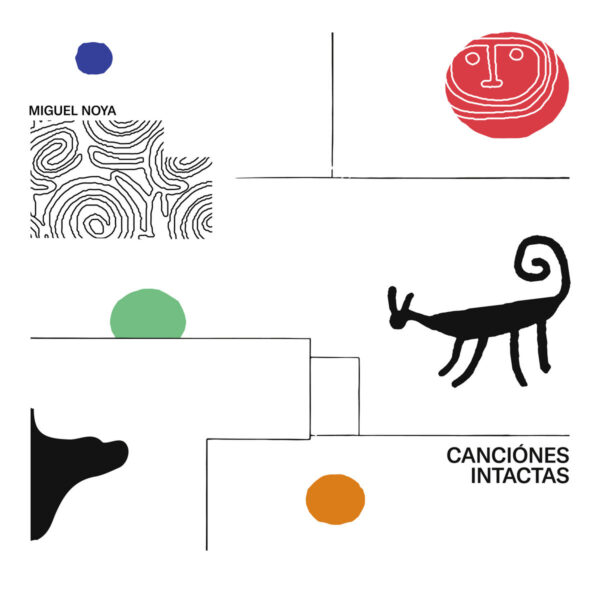 Beginning his career as a pioneering early synthesist and teacher of computer music, over the past four decades Miguel Noya has contributed greatly to the cultural landscape of Venezuela, and yet before this reissue his music has been largely underheard outside his homeland. His transcendental, deeply intellectual take on MIDI sequencing represents a fiercely singular approach, imbibing the 1980’s Western world’s then-burgeoning ambient-electronic scene with a unique environmental gravitas and vibrant tropical colour. A brand new compilation of highlights, Canciónes Intactas finally allows us a rare and invaluable window into the strange, isolated lands from which so many uncommon, synthetic, delicate gems have been formed, made of magical and mythologic Latin American secrets.

Largely written during a time of crushing economic and political turbulence, Noya’s music responds to an environment steeped in disharmony. In the 1980’s Venezuela endured ballooning hyperinflation, violent riots, government corruption and brutal economic crises. Miguel writes “many places have an idea of how hard is to keep the centre to create ambient or beautiful aesthetics within such trying psychological and social environments.” Yet, powerfully, the material here acts as an antidote to this chaos. A calm, blissful, protective shield against the dangers and stresses of this unrest. Noya – a graduate of both Berklee College of Music and MIT (he holds degrees in Electronic Music and Digital Sound Synthesis, respectively) – held his own teaching position in Caracas throughout this period, protecting himself from the trauma with his music.

His solo albums – ranging from 1984’s deep sci-fi-synthesis exploration Gran Sabana to 1990 installation soundscape (scarce finds of the original cassette issue sell, at the time of writing, for three figures) Ángeles Enviados – were all self-released. And as such short-run, private releases, most original copies have either been sequestered away into collectors’ vaults or, perhaps inevitably, have disappeared altogether. Musically, you could reference Brian Eno, Jon Hassell or Tangerine Dream, but only in their trailblazing world-forming. Just like Japanese ambient composers of the era were crucially distinct from their Western counterparts, Miguel Noya’s Latin American slant is unique, vital and mesmerising.