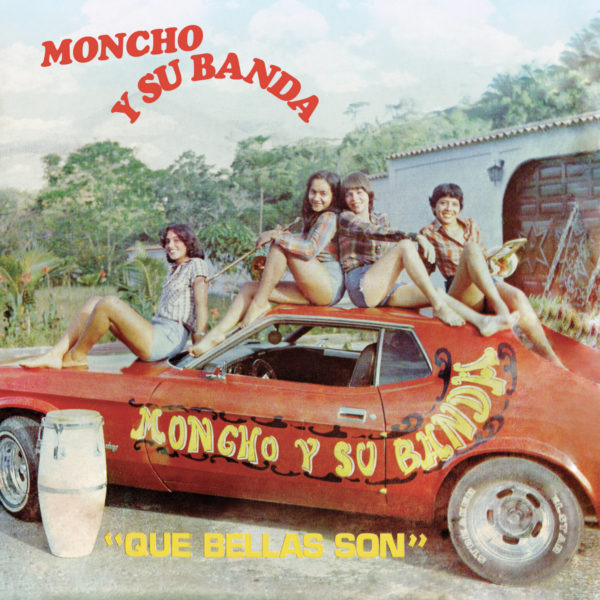 Few artists worked as hard at their craft as Ramón Urbina. At the age of 15, and in thrall to the Latin jazz and tropical music he was hearing on the radio, he learnt to play tres guitar. Then he learnt bass. Then percussion, tumbadora, timpani drums, trumpet, trombone, piano, whatever instrument he could get his hands on. A true enthusiast and student of all the tropical music that was percolating through Venezuela and the rest of Latin America at the time, he wanted to understand the art of composition and arranging, and around 1972 he decided to put it to the test, forming his first group, Ramón y su Banda Latina.

Taking inspiration from salsa ensembles like Sexteto Juventud, as well as Pastor López, a Venezuelan singer and bandleader who was having huge successes in Colombia for his mix of cumbias, guarachas and boleros, Ramón’s group toured throughout Venezuela during the 1970s. Then one day, he went to see La Dimensión Latina in his home town of Charallave, and he saw the future. The age of salsa with its multi-trombone sound was here, and he wanted to take part, recruiting new members to form Moncho y su Banda.

After road testing their material, the new group was ready to record an album in 1981, but finding a record label was not easy. Ramón loved music but he was a homebody too and spent most of his time in Charallave, at a distance from the thriving music scene in Caracas. This, combined with the fact that he’d yet to record an album and create any kind of international reputation meant that he initially struggled to find a label. “God help me, even if I have to pay myself, I’m going to record my album”, he said at the time. Despite no guarantee of any album being released, Moncho y su Banda stepped into a recording studio and didn’t rest until they’d got what they wanted. Those who were there remember a feeling of being at a party, hanging out with family and friends, and dancing all night. After realising they’d forgotten to eat at a session, one of the group’s singers, Eduardo Fernandez, ordered a bottle of sambuca, and just like that they kept on recording, without pause, albeit with extra spirit.

Once record label executives finally heard the album, titled Qué Bellas Son (How Beautiful They Are), they couldn’t resist its energy and a release date was set. It’s an album that captures the sound of a working band at ease, playing the kind of set that they would be knocking out at clubs around Venezuela at the time, full of life and passion. Whereas a formulaic salsa sound was forming in the early 80s, Moncho y su Banda bucked the trend, playing a mix of raw, unbridled salsa dura, as well as cumbias, merengues, boleros and chucu-chucus, all with a heady dose of Caribbean spirit that sets the group apart from the more urbane salsa ensembles of the day.

Qué Bellas Son is the only album that Ramón Urbina ever recorded, though he has kept performing to this day, where you can still find him in Charallave. A true lover of music, we should be thankful that we have at least this one album of his to remind us of a band at the height of their powers.