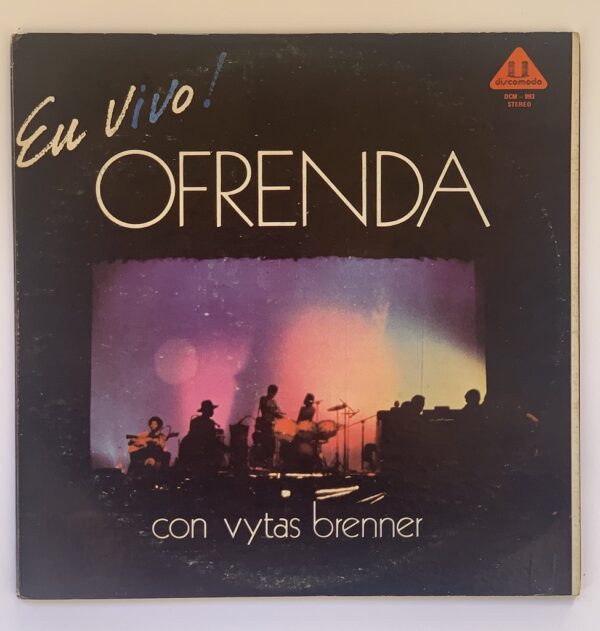 Perhaps the most influential musician in Venezuela in the last 40 years, Vytas Brenner is also considered by many the greatest exponent of pop in the country, in its broadest sense.Keyboardist, composer and singer, this artist’s career was distinguished by the fusion of electronic music, symphonic rock, traditional Venezuelan, Afro-Caribbean and jazz elements, conquering in the 70s what no artist had achieved in Venezuelan rock until then.
Thus, for example, his album En Vivo was the first “live” double album and the most successful made by a musician of any genre in the country. A group of 20 people undertaking a tour of Venezuela with their own transportation, equipment and scenery, also represented a “first time ?? in national production. His success at the Poliedro de Caracas had also had no precedent for a local artist.

Born in 1946, he arrived in Venezuela at the age of two and carried out his first musical studies at the Emil Friedman School. Until the age of 12 he lives between Austria and Caracas. He alternated his adolescence between Italy and Spain, finishing his studies in Tennessee, United States, where he studied composition and electronic music, drawing first-hand from the creators of synthesizer technologies that he would later incorporate into his art. He made his first recordings in Spain, with the album Brenner? S Folk, in which his brother Haakon also participated, Brenner’s partner in many of his musical projects.