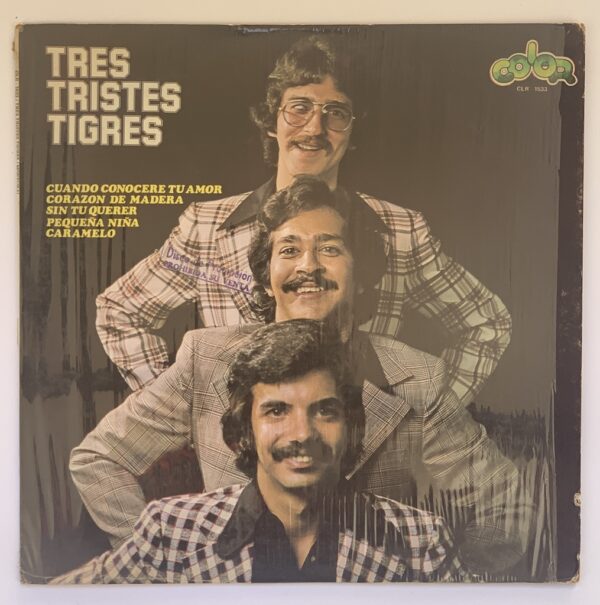 They debuted in 1971 by appearing at national festivals in Venezuela, and the following year they included Nelson Bautista. During the first two years they participated in various festivals such as the Great Progressive Music Festival together with the NY Rock Ensamble and in 1973 in the first audiovisual pyro concert, they participated in the First Festival of the Song of Cumaná (Sucre State). to do television in programs such as Renny Presenta, De Fiesta Con Venevisión and Feria de la Alegría, winning awards such as: Guaicaipuro de Oro, Mara de Oro, Meridiano de Oro.

In 1972 they made their debut with the album: “Solo Otra Vez”, an album of great acceptance by the public, in 1974 they released their second record production the album: “3 Tristes Tigres”, a record of great international projection by the European public. and Latin American, for 1975 they released the album: “Tres Tristes Tigres”, that same year they released their fourth record production the album: “Los Mas Grandes Éxitos”. In 1978 they put an end to the group and Alfredo Cabrera and Humberto Becerra together with Marlene Arias make up the group Los Tigres. In 1981 Marlene left the group for a tour as a showgirl with Gianna Alfano with Jose Luís Rodriguez, which includes Viña del Mar and Los Ángeles. In their place at the end of 1981, Francis Benítez and Beatriz Corona entered the group as vocalists, with whom they went to Spain to record in the Torrelodones studio with Joaquin Torres. They return to Venezuela and the group breaks down because they do not agree with the negotiation they were offered in Rodven and the record company stays with the girls with whom they make up the Duo Limón and Menta, but as they were the voices of Los Tigres titled the LP Limón and Mint with Los Tigres (a name that Sonorodven had taken away from them in an unfair and abusive way). This duo lasted a year and a short time and then disbanded as well. In 2001 they released the compilation album “Los Tres Tristes Tigres” y Marlene “, which includes songs by the group Los Tres Tristes Tigres, from the following group: Los Tigres. The group is again integrated, dedicated to presentations, tours and concerts throughout the Venezuelan country.