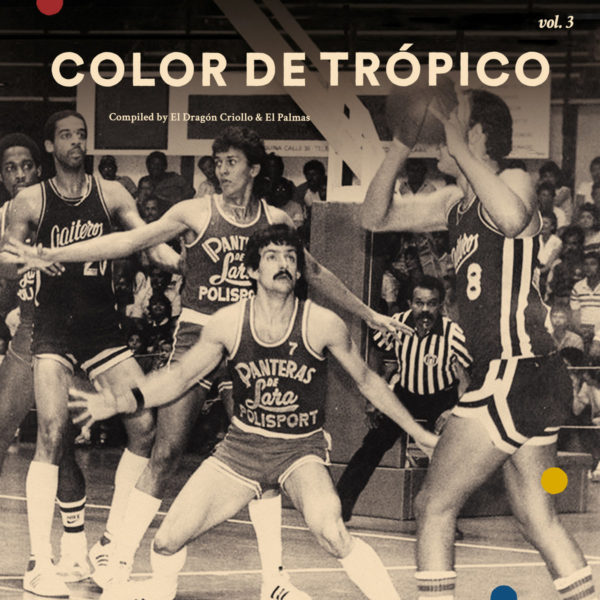 Venezuelan music was moving at such a pace through the 60s and 70s that almost as soon as a new craze was born, another was preparing to eclipse it. In barely 10 years, musicians latched on to the sound of the Latin big bands of Cuba, New York and Colombia, turned to the 60s pop and rock ‘n’ roll of England and the US, before heading back to salsa as it took root across Latin American, before forays into jazz, psych-rock and Afro-Venezuelan rhythms took hold in the 70s.

This fertile musical period, coming at a time when Venezuela was economically abundant and culturally as relevant as any other developed country, has always been the focus of the Color de Trópico series, and continues to be the case in this third installment, though it should also be noted that the tracks are getting rarer and rarer, indicative of the curatorship of DJ El Palmas and El Drágon Criollo and their constant search for new sounds that reflect Venezuela’s musical treasures at this time.

Color de Trópico Vol. 3 starts with Un, Dos, Tres Y … Fuera’s “Aquella Noche”, a song that’s fully indicative of Venezuela’s coastline with the much-loved Un, Dos, Tres Y … Fuera giving a llanero rhythm (normally played on a harp and other stringed instruments in its rural incarnation) a fully Afro-Caribbean makeover with pulsating bass and an electric keyboard that teases and energises the groove. It possesses some of that same mid-70s vitality and need to experiment as Grupo Vaquedanus, the band of sax maestro Santiago Baquedano, and their cover of Dave Brubeck’s “Take Five”, here fashioned as “Toma Cinco”. This version strips away all the niceties of the original, turning it into a psych-fuzz jazz romp with Baquedano’s raspy sax leading the way.

Step back 10 years and the energy remains even if the musical terrain was different. Girl group Los Pájaros hit hard with a boogaloo whose instruction is simple enough: “shake it baby, kiss for you, take the rhythm, and do the boogaloo”. Los Pájaros were one of a number of groups who were taking inspiration from the 60s sounds of the US and Britain but repackaging it for Venezuelan youth. Pop stars Geminis 5 were at it too with a fuzzy ballad “Tus 16 Años”, and Junior Squad even injected a bit of San Francisco hippy charm into affairs with their loose adaptation of The Turtles “She’d Rather Be With Me”, retitled as “Siempre Para Ti” and sounding as rough, ready and full of youthful vim as anything made north of Mexico. On the farthest end of the pop spectrum is The Pets with their cult hit “El Entierro de un hombre rico que murió de hambre” (“The Burial of a Rich Man Who Died of Starvation”), a true countercultural anthem that even dips into “The Funeral March” for a minute, and which is much desired by record collectors.

Finally, we must mention the salsa ensembles and their big band predecessors, always an important element of any Color de Trópico compilation. On Volume 3, we find one of the earliest salsa groups in Venezuela, Los Megatones De Lucho, who recorded a pachanga, “Yo Se Que Tu”, long before salsa was even a thing. Influenced by Venezuela’s very own Los Dementes and Joe Cuba’s sextet, Principe Y Su Sexteto was one of Venezuela’s most prominent salsa ensembles. On their 1969 track “San De Manique” we get a different vibe altogether, it’s a creeping son with just vocals, bass, and congas for its opening minute, before really kicking into action with a twisted guitar line and wild percussion, while always retaining a raw, Afro-Latin feel. Last, but not least by any means, is one of Venezuela’s most beloved salseros, Johnny Sede, who pipes up with a classic salsa, “Guararé”, showing how the style had developed in just a few short years.

You could accuse El Palmas and El Dragón Criollo, the curators of this collection, as getting some sort of a sick thrill at throwing such a weird and unwieldy bunch of tracks together, and that may be true, but there is logic too. These are songs full of life and creativity that signaled an era of boundless optimism. Listen to them now, and you’ll find yourself feeling those emotions once again.