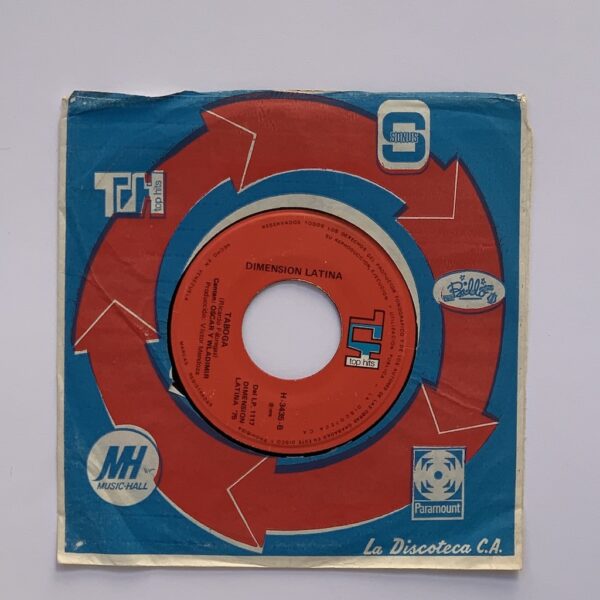 In 1975, the South American salsa players were increasingly seduced by the sound coming from New York, while the Venezuelans focused their attention on the second album in which the voices of Oscar and Wladimir participated, “Dimensión Latina-’75” ( TH Records – 1117) and the fifth of the band. A song, which was placed at the last minute as a “filler” on the album, would eventually become the group’s flag. Based on the “love revenge” wave, the guaracha “Llorarás” authored by Oscar D ’León would serve to point out the commercial path that“ La Dimensión ”should have taken and did not.

It was formally created on March 15, 1972 in a first rehearsal in La Guaira, at the home of the pianist musician Enrique (Culebra) Iriarte. It was made up of Iriarte on piano, César Monge (Albóndiga) and José Antonio Rojas (Rojitas) on trombones, José (Joseíto) Rodríguez on timbale and bongo, Elio Pacheco on tumbadoras and Oscar León, renamed Oscar D`León on the bass and in the role of singer. They make their debut as Latin Dimension in the same place La Distinción. The repertoire was based on songs by Mon Rivera, Eddie Palmieri and Willie Colón. Several nights the establishment was frequented by Víctor Mendoza, singer and musician founder of Trío Venezuela and by then hired as a music producer by the record label Top Hits, who owned a band called “El Clan de Víctor”, which had to produce one album per year. Mendoza motivated the musicians and they performed two musical tests. José Rodríguez, who had some money saved due to his work as a musician and motorized, arranged it for recording at Estudios Fidelis with a song by Elio Pacheco and another by Oscar León. These tests were not to the liking of the stamp owner. This demotivated Enrique Iriarte who promptly said goodbye to the group. His place was taken by the pianist Jesús “Chuíto” Narváez. Despite the label’s refusals, Víctor Mendoza wanted to record them and that’s when he decided to include them in his 1972 production of “El Clan de Víctor”. Hence the first success of the sextet; “Thinking of you”. Mendoza is the one who then suggests to Oscar León the artistic name of Oscar D’León.