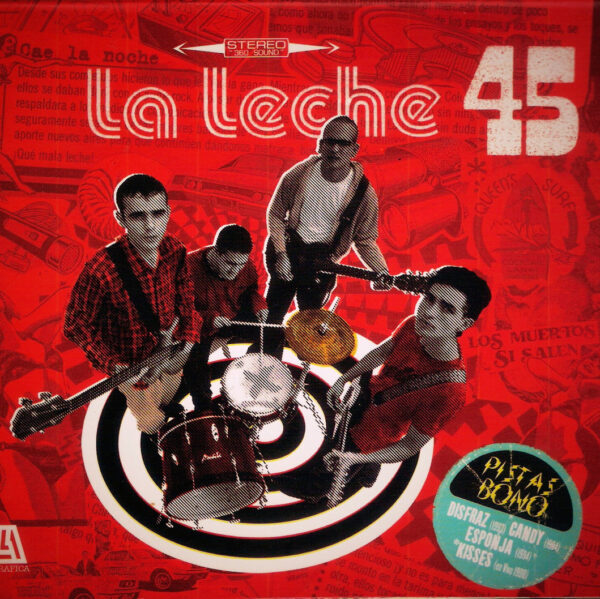 La Leche is one of the most important bands that emerged in Venezuela during the explosion of the new generation of punk between the late eighties and early nineties.

Formed in Caracas and made up of Rafael Álvarez “Chesi” (lead voice, guitar), Miguel Carrasco (guitar, voice), Pablo Martínez (bass, voice) and Andrés Lara (drums); the group begins to make itself known in the underground circuits of Caracas thanks to the forcefulness of its presentations and the crudeness of the lyrics of its songs. Presentations at different events and the support of the Nueva Bands Foundation spread the fame of the group to different parts of the national geography, which leads them to perform in some locations in the interior of the country. With the edition of the compilation album Caracas Underground (1997), they leave their first record legacy embodied by including three songs by the band in said compilation. However, despite the recognition that the band has, at the end of the nineties they ceased to exist as a group. His music has influenced many Venezuelan bands that emerged later and has become a cult band. Through La Pilla Records, a large part of the material recorded by La Leche during the nineties was recovered to launch, almost ten years after the band disappeared, the album entitled 45 (2008).